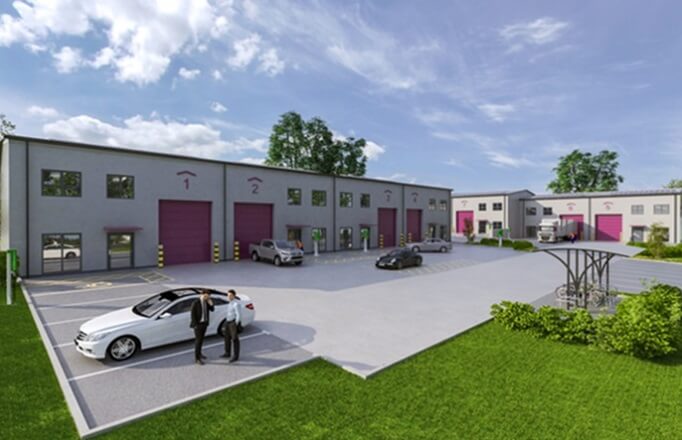 Firms have snapped up more than half the units at a new development planned for a Warwick business park – before it has received planning permission.

Developer AC Lloyd has applied to create 15 new business units on land it owns at Tachbrook Park, which is allocated for employment, and nine companies are already signed up.

The units, which can be bought or rented, have been designed to appeal to businesses in a range of sectors included engineering, light engineering, hi-tech and storage.

If the application to Warwick District Council is successful, the 2,000 sq ft units will be created on land off Plato Close.

Mark Edwards, a director of AC Lloyd whose headquarters are on the business park in Tachbrook Park, said the interest was a reflection on the location and economic strength of the area.

“Most of the interest has come from local companies who are looking to expand but are keen to stay in the area, there is no doubt that the local economy is thriving and there are precious few units of this size and type coming to the market so we were expecting healthy interest, but this level of activity has surprised us.  Companies want to be in this region for a number of reasons – location, access to skilled staff and an ability to serve the plethora of successful firms we have in this area.”

The development is the latest in a 35-year involvement with Tachbrook Park for the company. They acquired the 132-acre site in the 1980s, initially in partnership with P&O.  The site, where AC Lloyd is now also based, is home to companies including Wolseley, Wright Hassall, Bridgestone, Ford, Renault, Holiday Inn and Jaguar Land Rover while the Leamington Shopping Park includes Sainsburys, Debenhams, Argos, Starbucks, Boots, New Look and other major retailers and leisure operators.

AC Lloyd have marketed the site through Bromwich Hardy and Andrew Cosnett comments: –

“Bromwich Hardy have placed reservations on almost half of the proposed new units to be built at T1300 Tachbrook Park Leamington Spa by their clients A C Lloyd. Andrew Cosnett sees this as further proof of the strength of the freehold occupier market in Warwickshire driven by healthy demand and lack of supply of freehold industrial premises”.