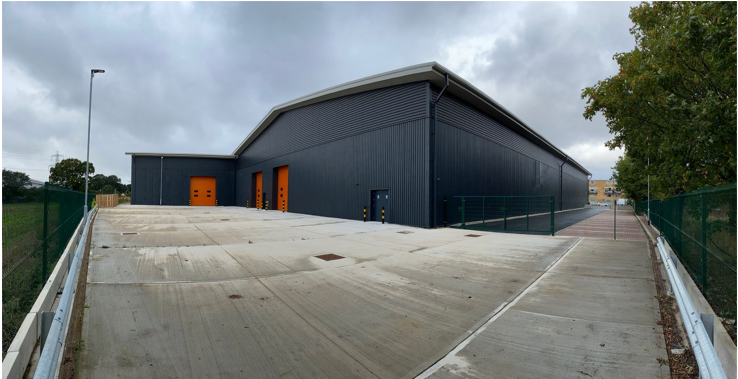 A mixed leisure and logistics site in Coventry has been sold to new owners for £7 million in a deal concluded by Bromwich Hardy.

Exhall3, on School Lane, Exhall, has been sold by Warwickshire property investment company The Wigley Group.

The site, which is approximately 2.7 acres, consists of two units which are tenanted by the popular Red Kangaroo Trampoline Park and event management firm Event Support Team on long leases.

It was initially purchased by The WigleyGroup as a single unit in 2016 and extensively refurbished and let to Red Kangaroo in 2018, however it was destroyed by an accidental fire just months later.

The site bounced back into life with the development of a new purpose-built 32,500sq ft unit which was let to Red Kangaroo on a new 15-year lease, while a separate speculatively-built self-contained 27,180sq ft unit was built and let to Event Support Team on a 10-year lease.

Tom Bromwich, founding partner of Bromwich Hardy, said: “This is a great site in an ideal location close to Junction 3 of the M6, so we are delighted to have been able to conclude this deal for our client.

“The demand for well-let and well-connected logistics space is strong, and this deal shows the strength and resilience of the market at the moment in Coventry.”

James Davies, Chief Executive Officer at The Wigley Group, said: “This site has been part of our portfolio for the past six years and has seen enormous change during that period, in part as a result of the accidental fire which devastated a large part of the initial refurbished unit.

“It was heart-breaking when the site was destroyed, but to see two new modern units rising from the ashes has been exciting to see for everyone involved, and we are really pleased with how it has developed.

"Our work on Exhall3 has represented significant investment so we are absolutely delighted to see it now fully-let and sold, reflecting the clear demand for new commercial space in this area."

Bromwich Hardy and Edgerley Simpson Howe LLP were joint agents in the sale to a London-based investment and asset manager.

Investment opportunity goes on the market for £4million

Chancellor’s Spring Statement a step in the right direction